Most European countries are parliamentary democracies. Here are some examples of republics and their heads of state. 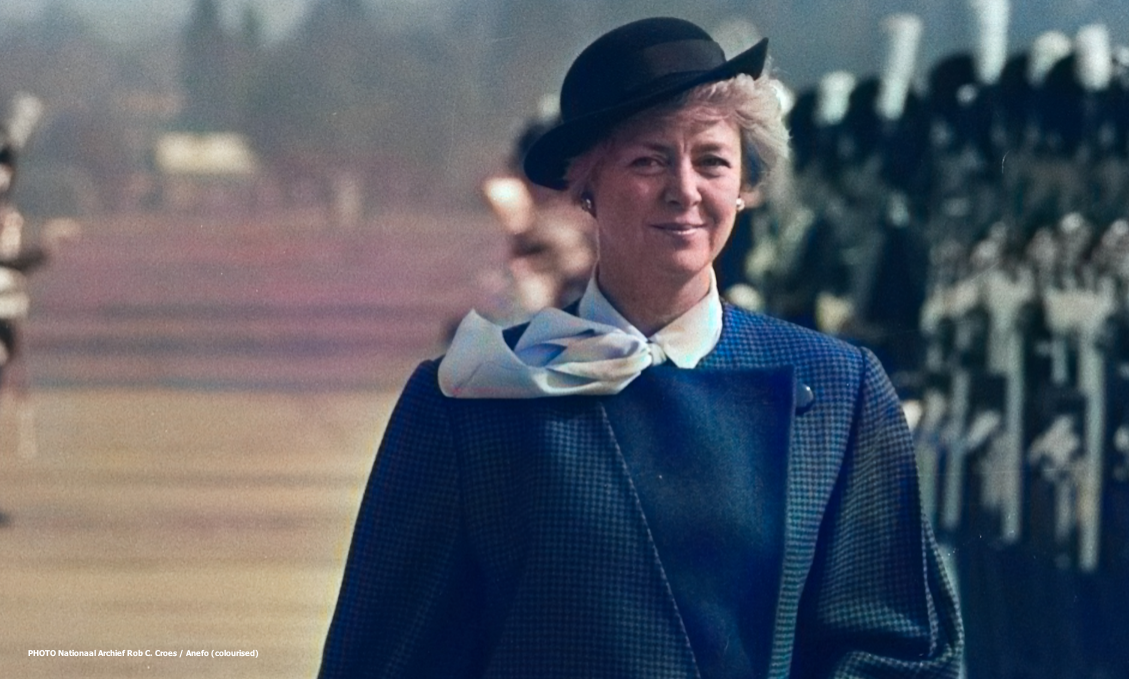 This is Vigdís Finnbogadóttir. In 1980 she was elected by popular vote as President of Iceland. She was Iceland's first female president and the first woman in the world to be democratically elected as president.

With a presidency of exactly sixteen years, she also remains the longest-serving elected female head of state of any country to date.

During the International Women's Year in 1975 Icelandic women organized a general strike to show how important women's undervalued work was. 90 per cent of the Icelandic women went on strike.

At the presidential election in 1980 the women's movement focused on electing a woman. After much persuasion Vigdís accepted to run against three male candidates. She was the first woman in the world to be elected president in a democratic election.

Vigdís Finnbogadóttir was born in Reykjavík on 15 April 1930. Her father, Finnbogi Rútur Þorvaldsson, was a civil engineer, as well as a professor at the University of Iceland. Her mother, Sigríður Eiríksdóttir, was a nurse and the chairperson of the Icelandic Nurses Association.

After graduation, Vigdís taught French and French drama at the university and worked with experimental theatre. She worked with the Reykjavík Theatre Company from 1954 to 1957 and again from 1961 to 1964. During the summers, she also worked as a tour guide.

She was the Artistic Director of the Reykjavík Theatre Company , later the Reykjavík City Theatre from 1972 to 1980. From 1976 to 1980, she was a member of the Advisory Committee on Cultural Affairs in the Nordic countries.

Iceland became a republic in 1944 when they voted to ditch the Danish king as their monarch. The president is elected to a four-year term by popular vote, is not term-limited, and has limited powers. Iceland is a parliamentary republic with a prime minister as head of government.

Vigdís Finnbogadóttir is now 91 and remains a UN Goodwill Ambassador. She had an interesting and varied career before becoming a hugely popular and effective head of state for Iceland, popularly elected four times by Icelandic voters.

This is what a parliamentary democracy looks like. No nonsense about not trusting the voters, no insistence that only hereditary heads of state can work. Just simple, functioning democracy. 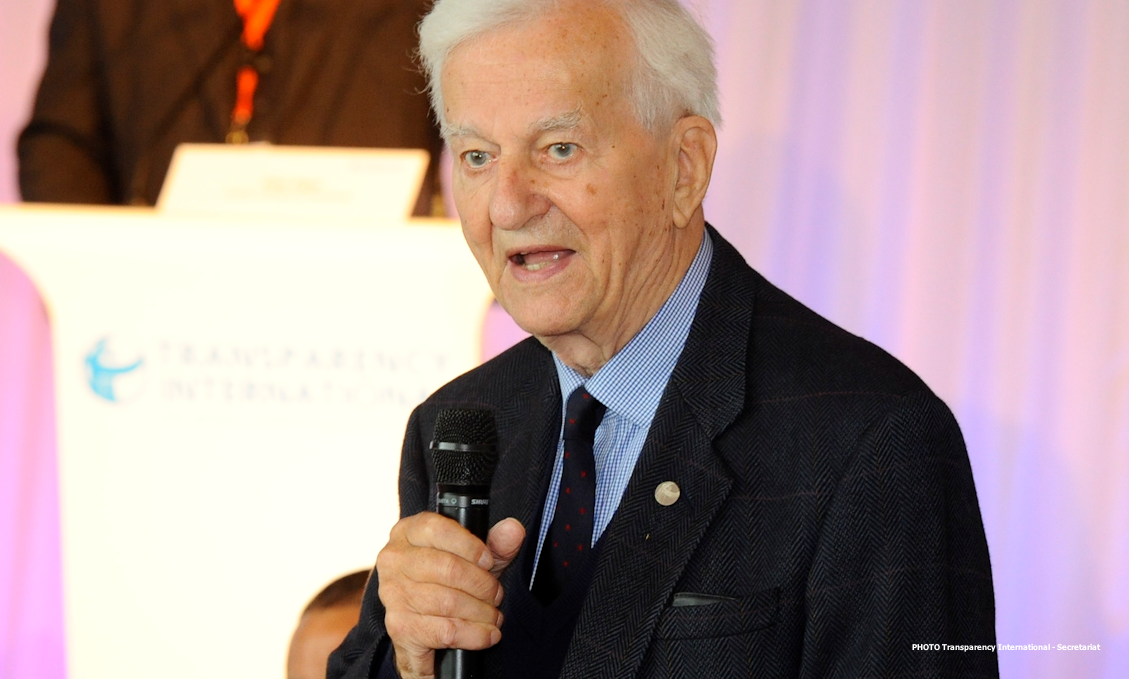 This is Richard von Weizsäcker who served as German president from 1984 to 1994 (West Germany until 1990.) Weizsäcker is considered the most popular of Germany's presidents, held in high regard particularly for his impartiality.

He had previously been a member of parliament and then Mayor of West Berlin. During the Second World War he had served in the German army and supported the 20 July plot to assassinate Hitler, as well as another plot planned by a friend of his.

On being elected president of Germany he attracted support from both the governing center-right coalition and the opposition Social Democratic Party.

Weizsäcker, who was known as a great speaker, his most famous speech in 1985, marking the 40th anniversary of the end of the WWII in Europe on 8 May 1945. Weizsäcker was also one of the first representatives of Germany to remember gay and Roma victims of the holocaust.

He referred to 8 May as a day of liberation. Weizsäcker's speech was praised both nationally and internationally. The New York Times called it a "sober message of hope to the uneasy generations of young West Germans".

The president of the Central Council of Jews in Germany, Werner Nachmann, thanked Weizsäcker for his strong words, as did Karl Ibach, a former member of the German Resistance, who called his speech a "moment of glory (Sternstunde) of our republic".

Upon his death in 2015, his life and political work were widely praised, with The New York Times calling him "a guardian of his nation's moral conscience".

Germany is a parliamentary republic, its constitution shaped by the demands of the Allies after the war, who were keen to make a repeat of the 1930s largely impossible. The president has limited but important reserve powers while the government is headed by the Chancellor.

The president isn't directly elected, but elected by a Federal Convention. The convention consists of all Bundestag (national parliament) members, as well as an equal number of electors elected by the state legislatures in proportion to their respective populations.

Richard von Weizsäcker is an excellent example of a man with a political past who can rise above party politics and serve his country well. Another country that thrives without the need for hereditary public office. 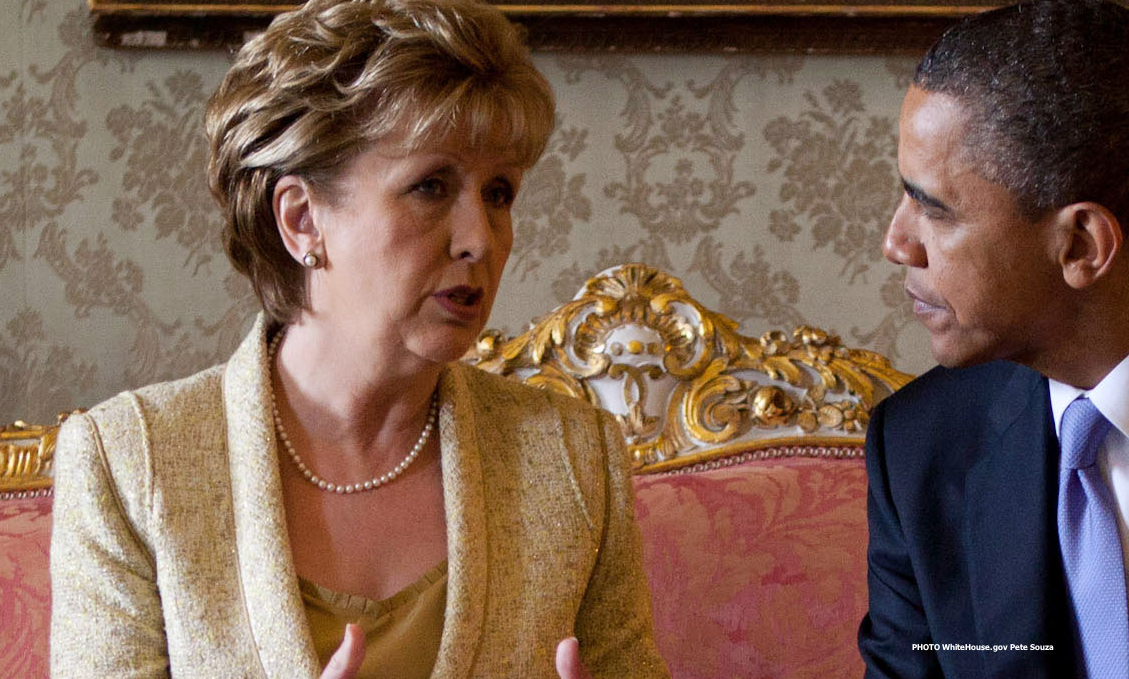 McAleese graduated in Law from Queen's University Belfast. In 1975, she was appointed Professor of Criminal Law, Criminology and Penology at Trinity College Dublin and in 1987, she became director of the Institute of Professional Legal Studies.

McAleese is the first president of Ireland to have come from either Northern Ireland or Ulster.

During the 1970s she was legal advisor to and a founding member of the Campaign for Homosexual Law Reform. She left this position in 1979, to join RTÉ as a journalist and presenter.

McAleese described the theme of her presidency as "building bridges". President McAleese was a regular visitor to Northern Ireland throughout her presidency.

On 10 November 2011, her last day in office, she thanked Ireland for her two terms in an article in The Irish Times. She performed her last official public engagement at a hostel for homeless men in Dublin.

Ireland is a parliamentary republic with a directly elected head of state. The president has some limited reserve powers but is required to keep out of party politics. Mary McAleese is just one of many examples of excellent heads of state that voters choose when given the chance. 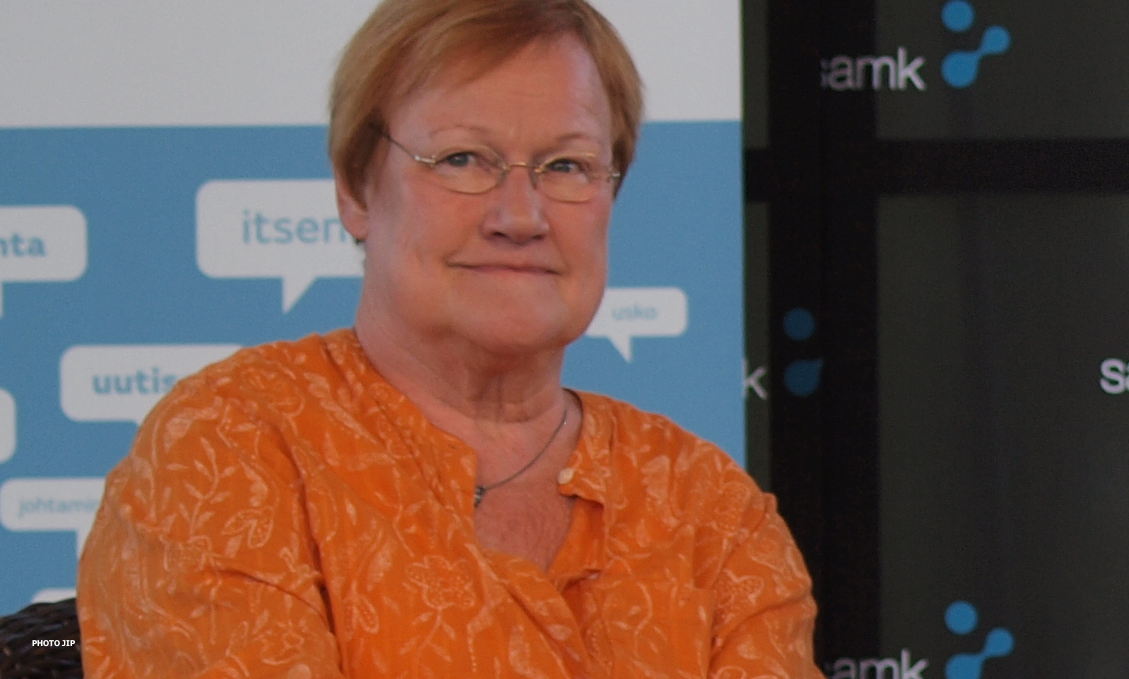 This is Tarja Halonen who served as the 11th President of Finland, and the first woman to hold the position, from 2000 to 2012. Halonen was an extremely popular president, with her approval ratings reaching a peak of 88 percent in December 2003.

She first rose to prominence as a lawyer with the Central Organisation of Finnish Trade Unions (SAK), and as the Prime Minister's parliamentary secretary (1974–1975) and a member of the City Council of Helsinki (1977–1996).

Widely known for her interest in human rights issues, Halonen served as the chair of the Finnish LGBT rights organization Seta in the 1980s, and she actively participated in the discussion of issues such as women's rights and the problems of globalization during her presidency.

In 2006, she was mentioned by various commentators as a potential candidate for the United Nations Secretary-General selection.

Halonen is a member of the Council of Women World Leaders, an international network of current and former women presidents and prime ministers who mobilize the highest-level women leaders globally for collective action on issues importance to women and equitable development.

Tarja Halonen was born on 24 December 1943 in the district of Kallio, which at the time was a traditional working-class area in central Helsinki. Her mother Lyyli Elina Loimola was a set-dresser and her father Vieno Olavi Halonen worked as a welder.

On 26 August 2000, President Halonen married her longtime partner, Dr. Pentti Arajärvi, in a civil ceremony at her official residence, Mäntyniemi, after a relationship of more than fifteen years. Halonen's adult daughter Anna, and Arajärvi's adult son Esko, acted as witnesses. Both children are from previous relationships.

Since 1994, the president has been elected by a direct popular vote. Custom dictates that the president upon taking office renounce any party affiliation for the balance of his or her term, so that he or she can remain above day-to-day politics.

The president was originally vested with fairly broad executive power, particularly in the realm of foreign policy. Constitutional amendments enacted in 1999 reduced the president's powers, and the president now shares executive authority with the Prime Minister.

Tarja Halonen is another example of the popular and inspiring leaders countries can choose when they're not being told they must accept a hereditary monarch.

Finland is another country that shows it's perfectly possible to run a function and successful democracy without hereditary positions. Not only do they successfully elect their heads of state, they have also managed a process of constitutional renewal and reform. 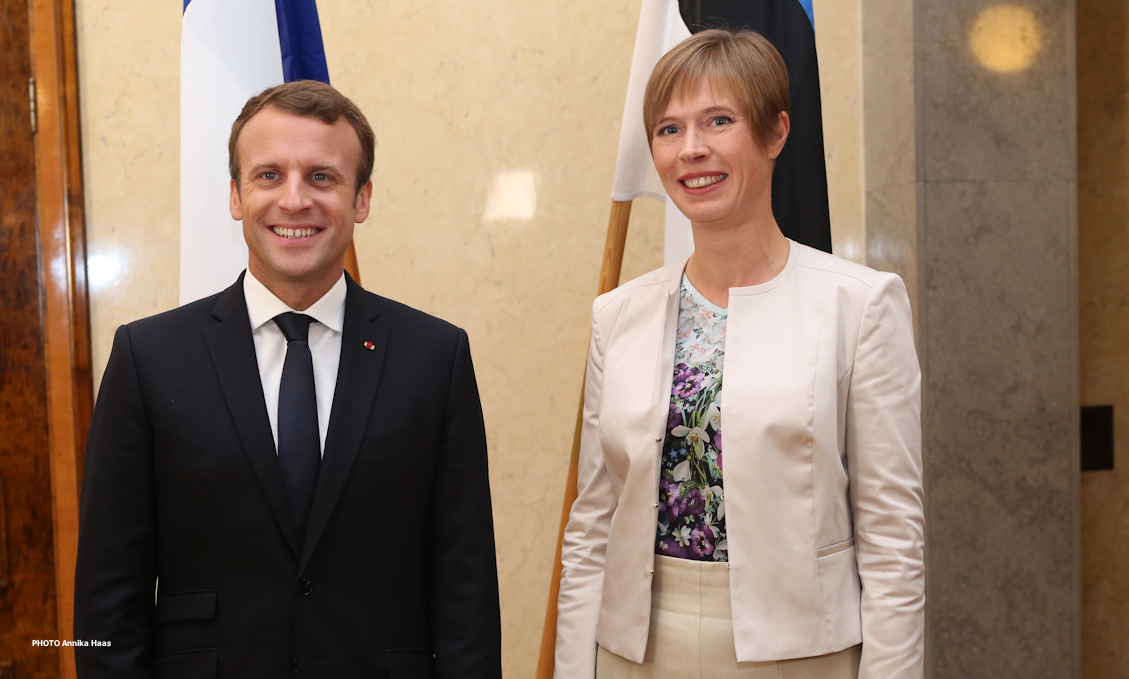 This is Kersti Kaljulaid, the current president of Estonia. She is the first female head of state of Estonia since the country declared independence in 1918, as well as the youngest president, age 46 at the time of her election in 2016.

Kaljulaid was nominated by the majority of parliamentary parties as a joint candidate for president. Kaljulaid was voted president on 3 October 2016, with 81 votes and 17 abstentions.

Kaljulaid has previously had a varied career in business and civil administration. She has defined herself as a liberal conservative. She holds liberal views on social issues such as LGBT rights and immigration.

On 21 January 2021, the opposition Social Democratic Party announced that they would support Kaljulaid should she run for a second term in the 2021 Estonian presidential election, which will begin at the end of this month.

In 2017, Kaljulaid became the first Estonian to be featured in the Forbes magazine's list of The World's 100 Most Powerful Women, placed at 78th, and came twenty second among the most influential female political leaders.

The president of Estonia is indirectly elected. The Riigikogu (parliament) has the task of electing the president in the first instance.

If no candidate receives the required supermajority of two-thirds (68 votes out of 101), the president is selected by an electoral college consisting of MPs and representatives of local (municipal) governments.

If the electoral college fails to achieve a supermajority as well, the process is to return to the parliament yet again.

After a difficult history of invasion and occupation Estonia has emerged as a successful and prosperous democracy, ranking very high in the Human Development Index. Estonia has consistently ranked highly in international rankings for quality of life and education.

Estonia is another example of how a country can manage its own affairs, govern itself through elected representatives and with an elected head of state. Estonia thrives and prospers without any royalty or palaces. 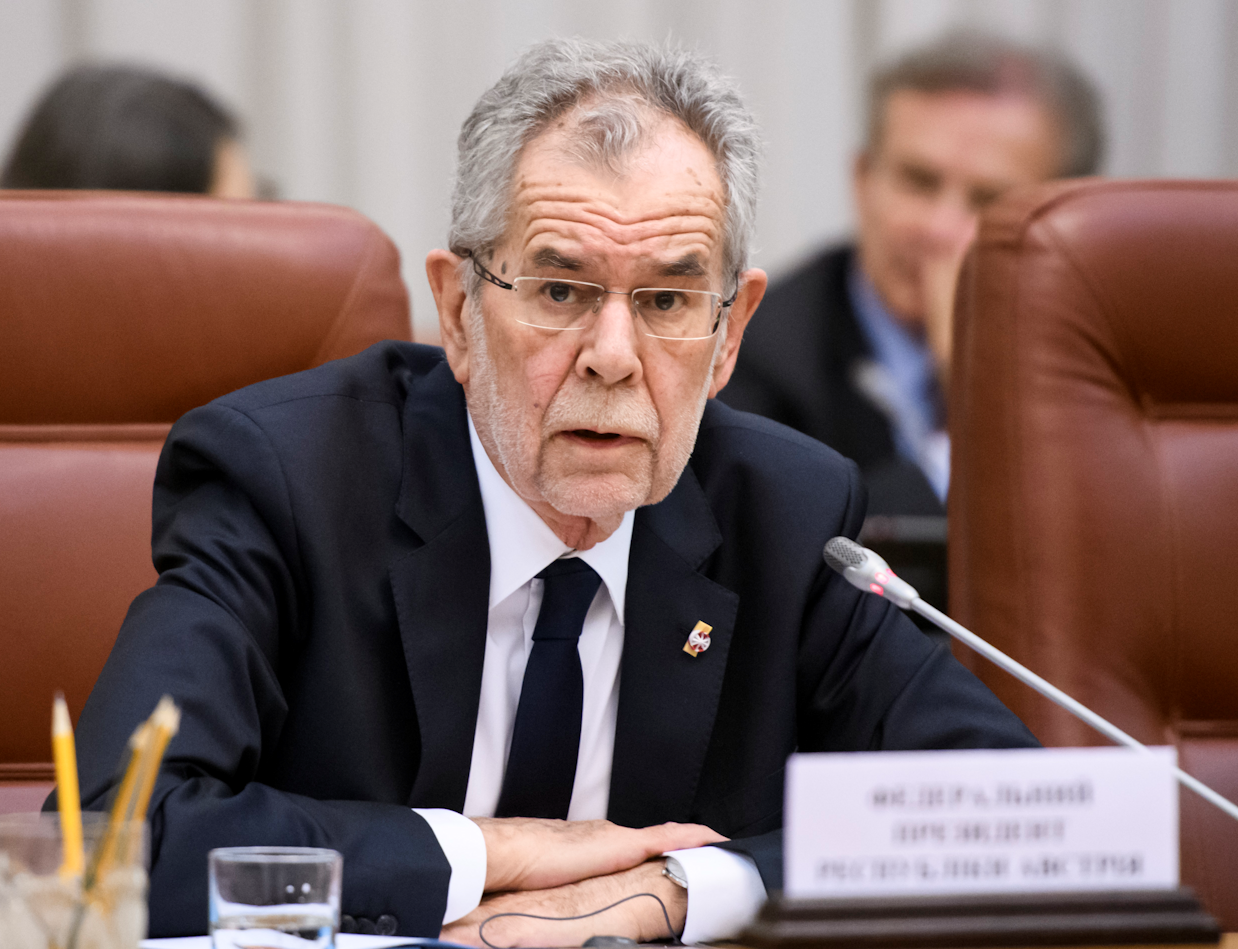 This is Alexander Van der Bellen, the current president of Austria. He previously served as a professor of economics at the University of Vienna, and as the leader of the Austrian Green Party.

A son of refugees, Van der Bellen was endorsed by the Social Democratic Party and the conservative People's Party. Van der Bellen is the second Green president of a European Union country (after Raimonds Vējonis of Latvia) and the first to be directly elected by popular vote.

Austria is a parliamentary republic. Though theoretically entrusted with significant power by the Constitution, in practice the president is largely a ceremonial and symbolic figurehead.

The president of Austria is elected by popular vote for a term of six years and is limited to two consecutive terms of office. Voting is open to all people entitled to vote in general parliamentary elections, which means all Austrian citizens over the age of sixteen.

The president is elected under the two-round system. This means that if no candidate receives more than 50% of votes cast in the first round, then a second ballot occurs in which only those two candidates who received the greatest number of votes in the first round may stand.

However, the constitution also provides that the group that nominates one of these two candidates may instead nominate an alternative candidate in the second round.

If there is only one candidate standing in a presidential election then the electorate is granted the opportunity to either accept or reject the candidate in a referendum.

While in office the president cannot belong to an elected body or hold any other position.

Austria is another example of how a parliamentary republic can work, with a directly elected non-partisan head of state (even when that head of state has a partisan past). No hereditary monarch required, no excuses for abuse of power or public money, no nonsense about tourism.