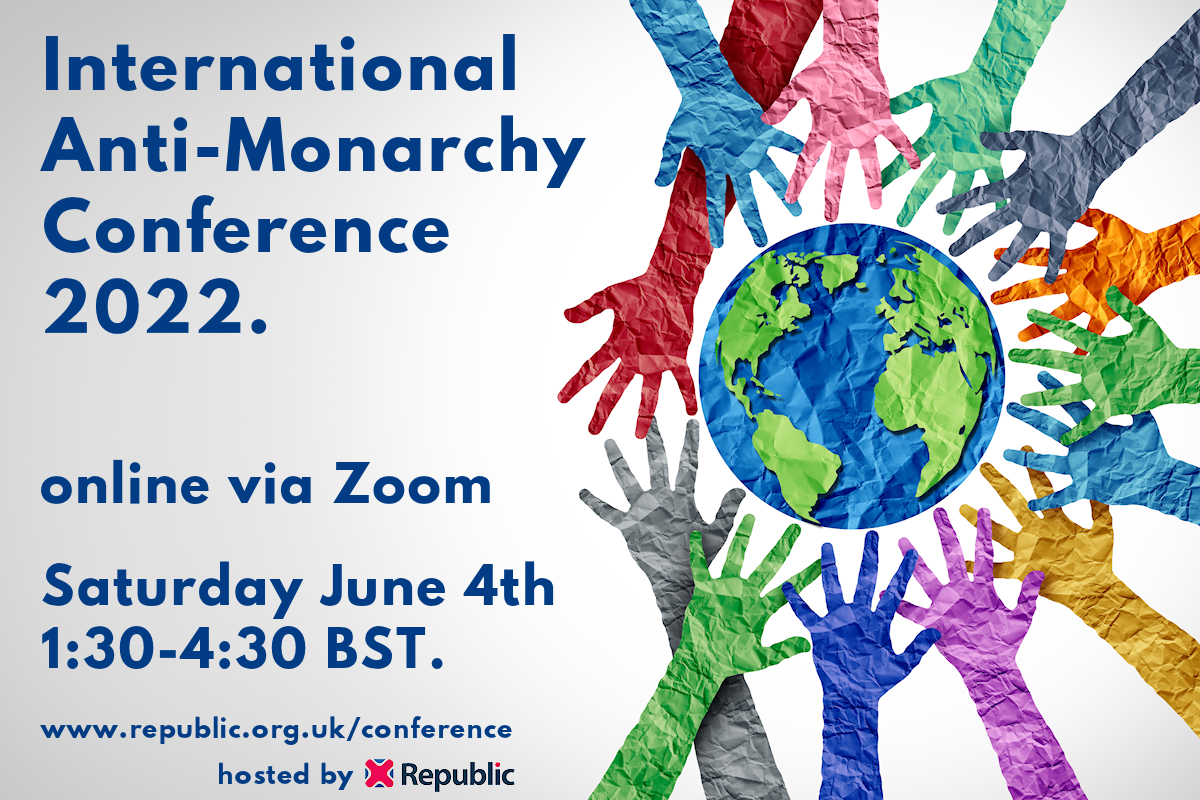 For the first time Republic is hosting a conference online, so we can reach audiences and involve great speakers from right around the world.

The International Anti-Monarchy Conference coincides with the Queen's jubilee weekend here in the UK. Republicans from around the world will be highlighting the common issues we face and the reasons why we should all hope for an end to monarchy in favour of democratic republics.

We are still confirming the line-up, but we have speakers from the UK, Commonwealth, Europe and Asia who will be talking about monarchies, movements and a democratic future.

A £5 donation gets you a ticket and a link to the Zoom event. 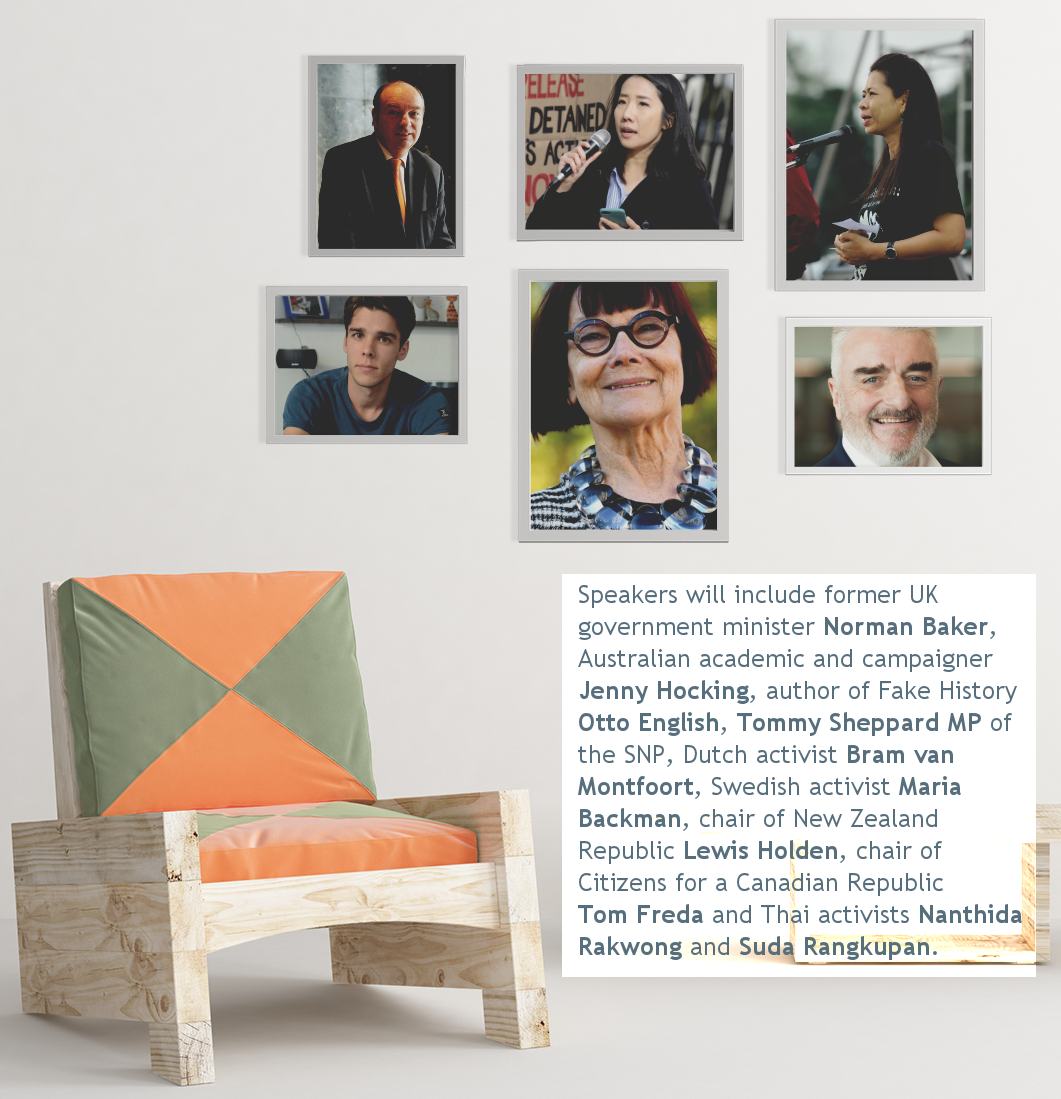 Get involved. During the conference you'll be able to hear the arguments and get involved in the debates.

Tickets are just £5. Your Zoom link will be sent to you nearer the time.

From the comfort of your home you can hear great debates and speakers talk about the issues that matter to you.

We will keep you up-to-date as we confirm speakers in the run up to June 4th.

Don't have Zoom? It's free and easy to use. We'll send you more information when you order your ticket. 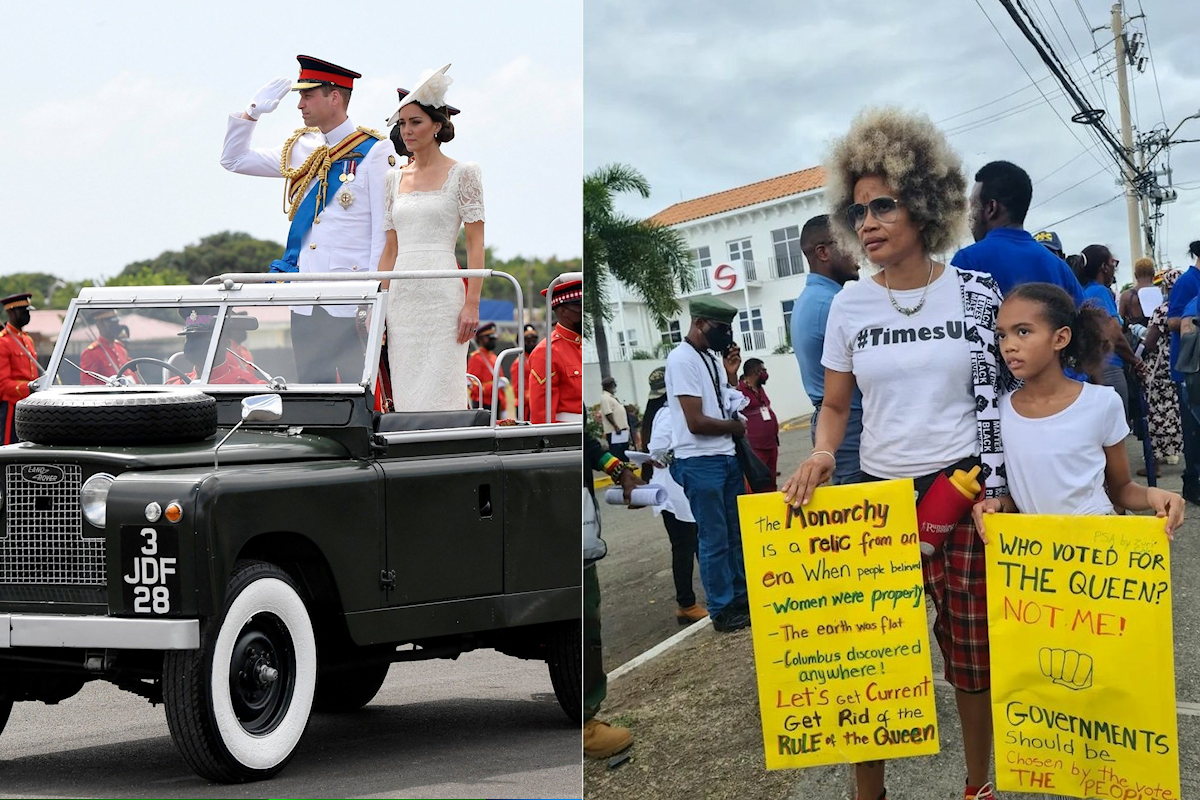 There is a growing momentum away from monarchies around the world. Movements across Europe and the Commonwealth in particular are growing and monarchies in places such as the UK, Netherlands and Spain are losing support. In the Caribbean there has been a seismic shift in the remaining Commonwealth realms to ditch the Crown and become republics. Australia is likely to revisit the question in the near future, which is likely to trigger others to do the same.

In Canada support for retaining the monarchy has fallen sharply in recent years, with support falling further when polls ask about King Charles. With Barbados already making the switch to a parliamentary republic and Jamaica, Belize, Bahamas and others announcing their intention to do so, the number of monarchies around the world is set to fall dramatically.

All this is likely to have an impact on other monarchies too. There is growing opposition to the Thai monarchy, which is far worse than anything Europeans have to tolerate, just as there is opposition to royal dictators in Africa and the Middle East.

Monarchy is set to become a thing of the past, here and around the world. Catch up with all the latest news and debates at the first genuinely International Anti-Monarchy Conference.